Wow, this buy is a little bit earlyer then I anticipated as my salary hasn’t arrived yet. Would come on the 24th but I just couldn’t withstand this sweet deal. As previously was mentioned, I had to put some money aside for my rescue fund and upcoming dentist costs, but that has not happened yet. Will do a few hundred aside as soon as the salary arrives the 24th.

The beginning of the month I didn’t have it on my mind to purchase stocks. Only thing I had in my mind was, what other stocks would fall together in line with the oil drop. And I found out that the Bank of Nova Scotia has the link, because the stock went all the way dropping from about

With having that said this was my first buy and seeing this Canadian Bank stock falling so hard and being around since 1832. Furthermore the Bank of Nova Scotia has been paying dividends since 1833, and has increased its dividends in 42 of the last 45 years. Which is mighty impressive! The bank has survived the financial crash too and just kept on paying. I jumped aboard just before the 1,84% increase of share price.

The Bank of Nova Scotia was incorporated by Legislative Assembly of Nova Scotia back in March 30th, 1832. The first president of the bank was William Lawson. BNS is a financial services company that focuses on retail, commercial, corporate and investment banking.

Lately the BNS has really been beaten up by the market because of the oil, their international exposure to Europe is not going as far as we want to because of the falling euro currency. It really continues to weigh on operations there. In my opinion its a buying opportunity at this moment for BNS because its on its 52 weeks low and the future you will love it that u held it for the longterm. The company has good long term growth prospects with its 183 years of history.

Theres a good margin of safety on the stock that pays a very safe and consistent dividend which has returned a compounded annual rate of 9.9% over the last 10 years . Were talking about a 10% return. That’s good for a bank stock! The book value has been more then doubled over the last decade and the stock currently trades for 1.79 times book (again converted to US dollars) which is below its long term average. Some other statistics I’ve got are:

Company is planning to grow its EPS between 5%-10% per year, which will result in many more increasing dividends to come.

As you can see in the image below taken from Morningstar the company’s income keeps on growing year after year.

The risks I see are definitively the upcoming housing bubble which could occur in the upcoming 2 years ahead of us. But the things that should get u some peace of mind is that its an INTERNATIONAL business and it SURVIVED the crash back in 2008 as it just kept on paying its dividend. The bank kept standing up compared to Goldmansachs, that bank had to be helped by the government. The current CEO and President Brian J. Porter is doing a terrific job on keeping the company healthy for years to come.

The yield is currently at 4.45% based on the CAD 0.66 quarterly dividend payout.I have valued the shares using a dividend discount model analysis with a 10% discount rate and an 7% long-term growth rate. The growth rate is more then the past 5 years of 5.86% . Factoring in 2 increases per year, low payout ratio of about 45%, and a good balance sheet. I value the shares at $60

I am not a professional investment advisor, I think BNS is worth considering in any dividend growth portfolio. I like the:

Please do your own research before investing, but hopefully I have been able to offer a good snapshot into what I think is one of the better long term opportunities in the financial sector. In the end.. I think that all 5of the Canadian banks would be a cool addition to anyone’s dividend growth portfolio and it would be worth a look with this recent pullback we have here.

This purchase adds $49,94 to my annual dividend income, based on the current quarterly $0.66 dividend.

I’ll update my Portfolio in early February to reflect this recent purchase.

What do you think of the canadian bank BNS here? Think it’s good value? 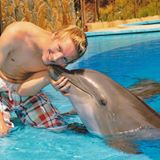